The talent Edgar Allan Poe had for crafting short stories, poems, and critical theories was what that made him such a significant figure in the world of literature. Poe, who created detective stories on his own and established himself as a prolific writer, is considered as the father of the contemporary short story. His works are still regarded as horror writing’s pinnacles. He was the one who held the key to American Romanticism and is renowned as the Father of Short Stories.

Poe entered a foster household after losing his parents at a young age. But because of the fragile bond he had with his foster father, he had to live in abject poverty. He pursued a career in journalism after serving briefly in the Army. He wed Virginia Clemm, a relative who was 12 years old. He had a mental breakdown after she died and passed away from delerium.

What is a short story according to Edgar Allan Poe?

Edgar Allan Poe referred to his collection of prose stories, which is more commonly referred to as a “tale,” as a “short story.” A short story is a prose narrative that “requiring from half an hour to one or two hours in its perusal” according to Poe. The only literary genre in which American authors have been active from the start is the short story. When Poe was writing his short stories, publishers and audiences in England were less interested in the genre since they favoured lengthy narrative works, such as novels. Poe described a short story as a piece of fiction that may be read in one sitting in his essay “The Philosophy of Composition.”

Read more : Austen’s Pride And Prejudice Is A Reflection On 19th Century Patriarchy

Poe was drawn to write short stories for a variety of reasons. He was naturally skilled at writing this kind of fiction. Because these stories were so brief, readers loved them, and short stories were consequently in high demand in America at the time. Thus, over the course of two decades, he produced 68 tales.

People were not interested in writing horror stories when Edgar Allan Poe first began to publish them. Publishers did not find this genre of fiction to be particularly compelling, and readers did not get enthralled. Poe’s primary contribution to this literary form was his revitalization and renewal of the genre. Poe created completely unique masterpieces that are still remembered today by combining the elements of romance and horror.

“Tales of Grotesque and Arabesque,” Poe’s first collection of short stories, was released in 1839. Poe strayed from and disregarded numerous established gothic conventions that had little impact on readers. Poe’s works lead us to two conclusions: the first one is that they are brief, and secondly, they are well-organized enough to keep the readers’ full attention throughout.

The way Poe uses his surroundings to reveal the readers’ terror and dreams is what I find most wonderful about his writings. To divulge information about the plot, he has tricked and leveraged his setting. His stories’ locations play a significant role. The reader can infer the plot and general subject matter of the work from the setting. Poe purposefully created a terrifying image in the readers’ thoughts with his ominous and sinister environment.

For example, in the “Pit and the Pendulum”, the setting is absolutely dark. As we read the story, we notice that it is via the environment that the narrator realises the different ways he may die. Although he must rely on his senses alone to perceive his surroundings, he knows that somewhere in this dark, dreary place, death awaits him.

In his short stories, Poe has incorporated a variety of storytelling approaches. The art of organising words in a way that produces the intended impact is known as narrative technique. The way words are used is at the core of all literary works. The author has made an effort to delve deeply into the minds of his key characters and reveal to readers their most private thoughts through a variety of narration approaches. These strategies let readers connect emotionally with the characters. 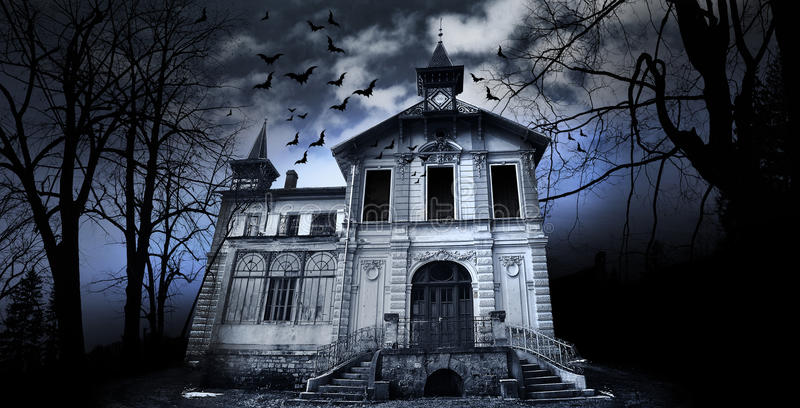 The main character in “The Cask of the Amontillado” confesses at the start of the narrative that he has to exact revenge on Fortunato because the latter has constantly caused him harm. He begins the tale with wrath and retaliation as a result. The main character and the audience are overcome by these feelings of wrath, retaliation, and dread. The protagonist of the short story feels relieved of these feelings towards the conclusion.

A short story, in Poe’s opinion, should be brief enough to be read in one sitting. It should make an effort to have an impact. His stories had a horrifying effect on the reader. He try to achieve this effect from the very first line of his stories as evident from line one of “The Tell-Tale Heart”. Poe writes,

“True—nervous—very, very, awfully nervous I had been and still am; but why will you say that I am mad?” Instead of dulling my perceptions, the illness had made them sharper. The keen hearing sense stood out above all else. I heard everything that happened in the heavens and on earth. In hell, I heard a lot of things. So, why am I crazy?

The Tell-Tale Heart and The Black Cate, two of Poe’s most well-known horror stories, are built on a psychological intensity. Through the first-person narrator who tells these tales, Poe explores the inner thoughts of his characters. Later, this method gave rise to psychological realism.

The Romantic movement, which dominated American literature in the 19th century, included Edgar Allan Poe works as well. He also wrote romance-themed fiction. Poe belonged to the romanticism movement, which criticised the conventional notions of philosophy and art. One of Poe’s most famous works, “Legeia,” explains his Gothic Romantic ideas.

Legeia has more attractive characteristics that are more in line with nature, and Poe appears to admire her beauty. Rowena’s death and Legeia’s continued existence in the story demonstrate Poe’s blatant rejection of classical beauty. To advance his support for Romantic notions and concepts, Poe authored “Legeia.”

Poe had an early impact on science fiction as well. Science fiction, or “sci-fi,” is a category of fiction literature with innovative but scientifically sound themes. It bases its characters, storyline, and tale on scientific explanations and facts. These tales take place in the future. The term “father of science fiction” refers to Poe. He was the first to use literature to express the vast array of possibilities provided by science. Throughout his life, he witnessed numerous scientific advancements like the steamship and electric telegraph. He discusses these technological advancements in “The Thousand and Second Tale of Scheherazade,” one of his stories.

Poe deserves praise for elevating the short story from a mere anecdote to a work of art. He was solely responsible for developing the detective novel and the psychological thriller. He has a significant global impact on literature. Poe’s brilliant notion to combine old and new literary concepts into short stories that would be remembered for decades is what made literature what it is today. Edgar Allan Poe had a significant influence on not just American writing but also world literature.

2 thoughts on “Edgar Allan Poe : A Pioneer Of The Short Story Genre”