Before going to the summary and analysis of the novel, it is pertinent to give a bit of overview.

The Kite Runner is Khaled Hosseini’s first published novel. It was published by Riverhead Books in 2003 and chronicles the narrative of Amir, a young kid from the Wazir Akbar Khan neighbourhood of Kabul whose best buddy is Hassan. It is the story of a young Afghan boy’s life during the Soviet occupation. In addition to the Pulitzer Prize, the novel has been internationally acclaimed and has received several other awards.

After the death of his half-brother Hassan, affluent Afghan adolescent Amir discovers that his childhood buddy Hassan was his biological half-brother. Khaled Hosseini’s novel The Kite Runner explores the incredible narrative of their unexpected connection. As the story takes place during the Soviet invasion of Afghanistan in 1978, we get a glimpse of the chaos and devastation that engulfs Kabul. On the subject of violence and rape, education’s influence, the price of treachery and the quest for forgiveness, and the power of parents, it is a powerful story.

The Kite Runner is a remarkable novel that has become an instant classic because to its unforgettable tale of family, love, salvation, and friendship set against the sad background of Afghanistan’s recent past.

The Kite Runner is the narrative of Amir, a Sunni Muslim who struggles to find his place in the world due to the repercussions of tragic childhood experiences. The narrative starts in the current day United States with an adult Amir making a hazy allusion to one of these episodes, and then flashes back to Amir’s boyhood in Afghanistan. Amir struggles with developing a deeper relationship with his father, Baba; defining the precise nature of his relationship with Hassan, his Shi’a Muslim servant; and, ultimately, finding a means to make amends for mistakes made as a youngster that have enduring consequences. Along the process, readers are allowed to experience growing up in a single-parent household in Afghanistan, a circumstance that has striking resemblance to modern homes. 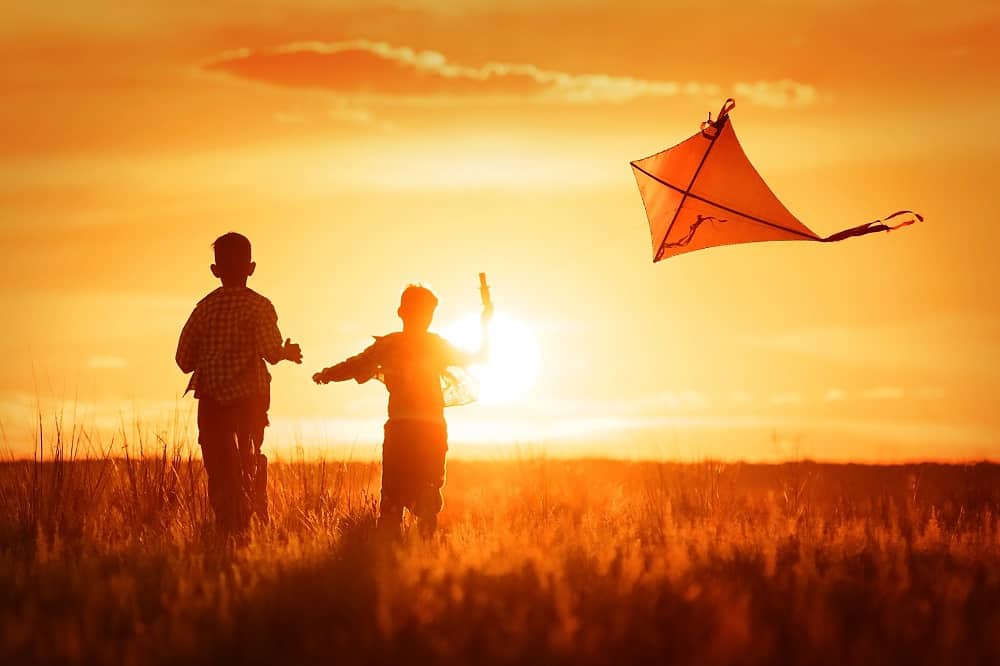 Amir sees numerous shades of grey in the world !

One of Amir’s greatest challenges is navigating the complicated socioeconomic culture he encounters, as he grew up in Afghanistan as a member of the affluent class but did not feel like a privileged member of his own family. Hassan and his father are servants, yet Amir’s connection with them at times resembles that of family. And Amir’s father, who does not adhere strictly to his culture’s ideals, complicates rather than simplifies matters for young Amir. Amir sees numerous shades of grey in the world while his father view the around him in black and white.

Amir has to deal not just with the problems in his personal life, but also with the political unrest in Afghanistan in the 1970s. Amir’s passivity at an important kite flying event sets off a chain reaction that causes remorse, deceit, and betrayals. Amir and his father are eventually compelled to escape Afghanistan due to a shift in the political situation. Arriving in the United States, Amir hopes to put his troubled past behind him.

As hard as Amir and Baba work to build a new life in America, the past refuses to go away. With just a narrow chance of making apologies, Amir must face the demons and mistakes of his youth as they raise their ugly heads.

The Kite Runner is ultimately a book about connections, particularly those between Amir and Hassan, Baba, and Rahim Khan as well as how those ties overlap and intersect to shape who we are as individuals.

When I read The Kite Runner, I was delighted, touched, and even sorry for the readers. This heartbreaking tale of betrayal and forgiveness centres on Amir and Hassan, who were actually brothers on their father’s side even though they were unaware of it.

They excelled at kite flying and enjoyed doing it. They reside in Kabul, the Afghan capital, and are making a valiant effort to triumph in the neighbourhood kite competition. Afghanistan’s preferred sport is flying kites. However, a conflict broke out in Afghanistan just then, making Kabul a very unsafe location to play or live.

Read more : Summary and Analysis of Bans a Killin’ By Louis Bennett

In order to flee the horrors of war, Amir and his father fled Afghanistan and immigrated to America. However, they were unable to take Hassan with them since, according to the law, he was not their relative and only Amir’s father was aware of the truth about Hassan’s identity.

Hassan was not included despite Amir’s repeated requests and arguments with his father. It troubled Amir for the rest of his life since he saw it as a betrayal of his best buddy Hassan.

The novel moves along quickly and is seldom boring. It introduced me to an unfamiliar yet strangely interesting world: the realm of Afghan life. In addition to having a masterfully crafted plot, Hosseini’s language achieves a wonderful balance between clarity and force.

The book also examines the fundamental nature of storytelling. As Amir develops as a writer, he considers the events that have happened to him.

The kite runner’s feeling of fate and justice, and how virtue ultimately triumphs over evil against all odds, are, in my opinion, its strongest points. Without giving too much away, Amir returns to Afghanistan and undertakes a completely new set of sacrifices to make things right.

Different readers may interpret the meaning of the book’s finale differently, but I believe it gives a glimmer of hope for the futures of the characters and possibly even for war-torn Afghanistan.

Themes in the novel The Kite Runner

A literary work’s theme is a recurrent topic that is portrayed. Khaled Hosseini’s masterpiece The Kite Runner is filled with themes. The work not only depicts the problem of the motherland but also the negative aspects of human nature, such as racial prejudice and ethnic discrimination. The following discussion highlights some of The Kite Runner’s key topics.

Another important subject in The Kite Runner is betrayal. By having Hassan be born through Ali’s wife, Baba has betrayed his servant Ali. Similarly, despite his affection for Hassan, he betrays him by declining to acknowledge him as his son. When it appears that his father loves Hassan more than he loves Amir, Amir too betrays Hassan. Since Baba withholds from Amir the true cause of his love for Hassan in this situation, it appears that Baba is also betraying his own son.

Because of this, it appears that each of these individuals betrays the others, like in the example of Ali and Hassan, members of the Shia Hazara low caste, an outcast group in Kabul.

Guilt, the realisation of it, and attempts at atonement make up another key topic of the book. Baba feels guilty for having fathered a kid with Ali, a Hazara servant’s wife. By assisting him and showing Hassan his love, he makes an effort to atone for his sin. On the other side, despite doing so out of envy, his son Amir also makes the same error. Because of his envy, he despises Hassan and abuses him badly anytime he gets the opportunity.

Hassan tries to make him happy in whatever way he can, but Amir does not reciprocate. He prefers to stand by as the bullies violate him. When he arrives in the United States, Hassan is plagued by the guilt of enabling others to rape him. Then, after discovering that Hassan has already passed away, he returns with his son, Sohrab, in an effort to atone for his sin.

Every significant character in the book is affected by their past choices. Even though Amir goes from Kabul to California over a distance of thousands of kilometres, he cannot help but be tormented by the ghosts of his past. Amir has spent the most of his life trying to find a way to cope with the shame of his previous deeds. When Rahim calls him and gives him a second shot at redemption, he finally gets this chance. Amir can only expect to be free of the guilt and fully live in the present by confronting the devil of his past, represented by Assef.

The same issues affect other characters as well. Hassan serves as a continual reminder of Baba’s previous transgressions, preventing Baba from truly embracing Amir. Soraya, Amir’s wife, is able to move on from her past when she is honest with him and admits the error she committed before meeting him. Amir must do more than simply own his sin since it is far more serious. He must take action to make amends and go on with his life in peace.

The tale of Rostam and Sohrab is a significant recurrent element in the book The Kite Runner. When they were little boys, Hassan loved hearing Amir recite stories to him, especially the Shahnama tale of Rostam and Sohrab. In the narrative, a famed fighter squares up against his son on the battlefield, but neither man is aware of the other’s actual identity. After killing Sohrab finally, Rostam learns that Sohrab is his son. Similar like Hassan and Amir in the novel, who are unaware that they are brothers, Amir gets rid of Hassan by accusing him of stealing.

Years later, when Amir learns who Hassan is, Hassan has already passed away. Hassan gave his baby the name Sohrab since he loved the story so much.

Brass knuckles, which are wielded by the brutal and vicious Assef, are another emblem in the book The Kite Runner. When Assef nearly knocks up Amir for hanging out with a Hazara named Hassan at the start of the book, the brass knuckles are first mentioned. Assef claims that he must work for Sohrab’s liberation when Amir later seeks to rescue him from the Taliban. He pulls out the brass knuckles and starts beating Amir until the youngster with the slingshot once more saves him from dying.

The kites are a significant emblem in the book The Kite Runner. For both kite runners and kite flyers, the kites are a source of pride and dignity. Amir has the chance to finally win over his father, who frequently seems as though he feels embarrassed of Amir, at the winter competition. The best kite runner in the city, Hassan gets attacked and humiliated since he ran after the final kite to fall in the fated competition.

Shortly after the Taliban seize control, the kites are outlawed, ending the tradition in Kabul. But back in the States, it is kites that bring Sohrab and Amir together at last. Sohrab grins for the first time since Amir and Soraya adopted him.