Do you ever wonder that what is a freelancer? If you are unfamiliar with some of the best websites to carry out freelancing projects and how much a freelancer can make in a year? Don’t worry I got you, because freelancing can be the way to go if you want to be your own boss, explore a new career, or establish a side business that focuses on your passion project. And if you choose to work as a freelancer.

With these types of figures, it’s critical to set yourself up for success as a freelancer. Learn about freelancing, how to identify businesses and positions recruiting, and the qualities required to succeed as a freelancer by using this guide.

What is a freelancer? 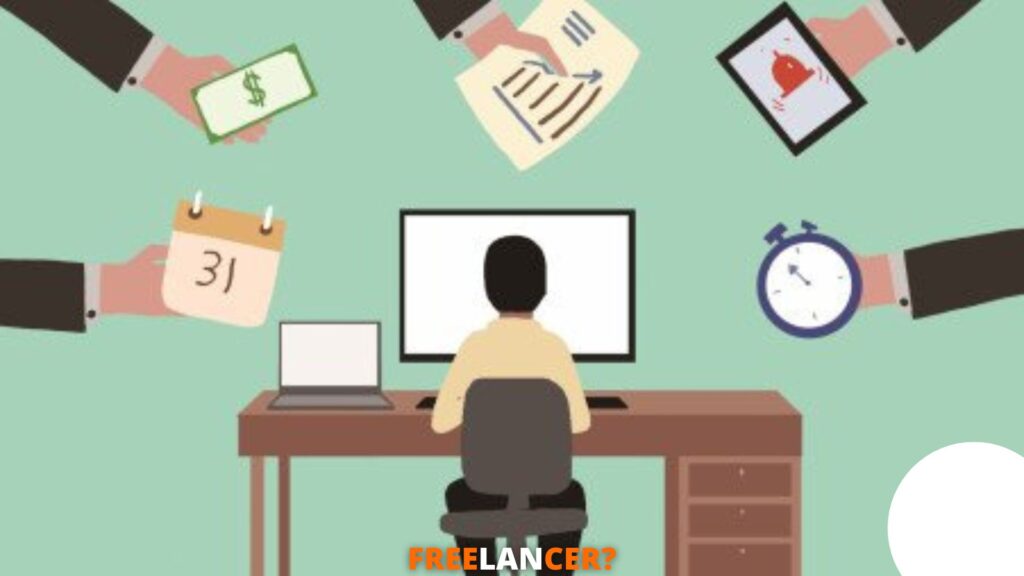 A freelancer is a person who works as an independent contractor and gets paid on a project-by-project or task-by-task basis, typically for short-term projects. A freelancer is not an employee of a company and is therefore free to work on multiple projects simultaneously for different people or businesses unless they have a written contract committing them to doing so until a specific project is finished.

Generally speaking, freelancers are regarded as independent employees who, depending on their schedule, may work on their contracts full-time or as supplemental full-time jobs. As independent contractors, freelancers often need signed contracts before starting work and agree to a set payment based on the amount of time and effort needed to do the assignment. This price could be a fixed rate, a fee determined on the number of hours, days, or projects, or it could take some other form.

The word “freelance” first appeared in the 1800s to describe a mediaeval mercenary who would fight for whoever offered them the best pay. The long weapon that knights on horseback used to dismount foes was known as a “lance” in this context (think jousting).

The first literary allusion is from the book Ivanhoe by Sir Ivan Scott:

I offered Richard the service of my Free Lances, and he refused them—I will lead them to Hull, seize on shipping, and embark for Flanders; thanks to the bustling times, a man of action will always find employment.

Over time, the phrase retained its “independent” connotation but moved beyond the battlefield to be used in politics and, eventually, in all forms of employment.

What is the process of freelancing?

Freelancers take money in exchange for performing some kind of service. Usually, that arrangement is for a limited time.

For instance, I could pay a freelancer for the session and that would be the end of it if I hired a photographer to take fresh headshots for me.

Freelancers may receive payment from clients for a specific amount of hours each week or month. Frequently, this is referred to as a retainer.

When you retain someone’s services or the right to their time, it is referred to as a retainer. Many legal experts take retainer clients. They charge the client a certain amount of time each month, whether or not that time is actually used in full.

One of the simplest and purest kinds of entrepreneurship, freelancing involves a freelancer delivering a specified service or result in exchange for payment from the client.

Top 10 platforms for freelancers in 2022

These are some of the best platforms that are out there right now which can be really beneficial and game changing for freelancers to find work and earn living.

How much money do freelancers earn in 2022?

According to a survey by the Upwork team, the following statistics were found, that explains how much a freelancer can earn only on Upwork platform.

2 thoughts on “What is a Freelancer? Full Guide About Websites and Earnings”